Check it out. A bit rushed. No editing at all on this one. But there is homework for you.

Here's a picture of me completing the homework myself. 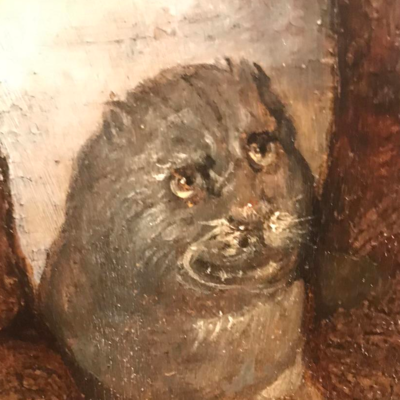 Zudlig Ravel Annon @zudlig@expired.mentality.rip
@herag Thanks for explaining what a "quitrent" is, I'd forgotten to look it up. Around this part of the world, some people did famously refuse to pay their property taxes for several years, about a hundred years ago; so I've heard. The government did eventually send the men with guns to collect, but people still remember it today. It's a semi-rural kind of area, very easy to arrange to barter for some farm produce if you want to. I like that about it.

For my part I'll be aiming to grow some habanero peppers this year. Not that I know much about gardening. Had one plant last year, and of the seeds I've saved five of them have sprouted. Which means, at best, five times more peppers than I'll need myself.
1
Apr 03, 2021, 03:43

@zudlig I don't support any kind of taxation, but property tax has to be the tax I hate the most. It is insulting to even have a system of deeds and property rights if you have to continue to pay rent to an overlord.

As for gardening. I did a few vegetables last year. This year I am focusing on broccoli and strawberries. Super easy plants. I found a local farmer who prefers bitcoin to any other form of payment, so I've been a little spoiled.

@herag I too enjoy a bit of the old "homework".

@thaj oh excellent. What are you growing?

@herag That picture is some tomatoes, peppers and cucumbers. I grow a lot more, but these are the ones that are started inside.